Contemporary Art With a Past 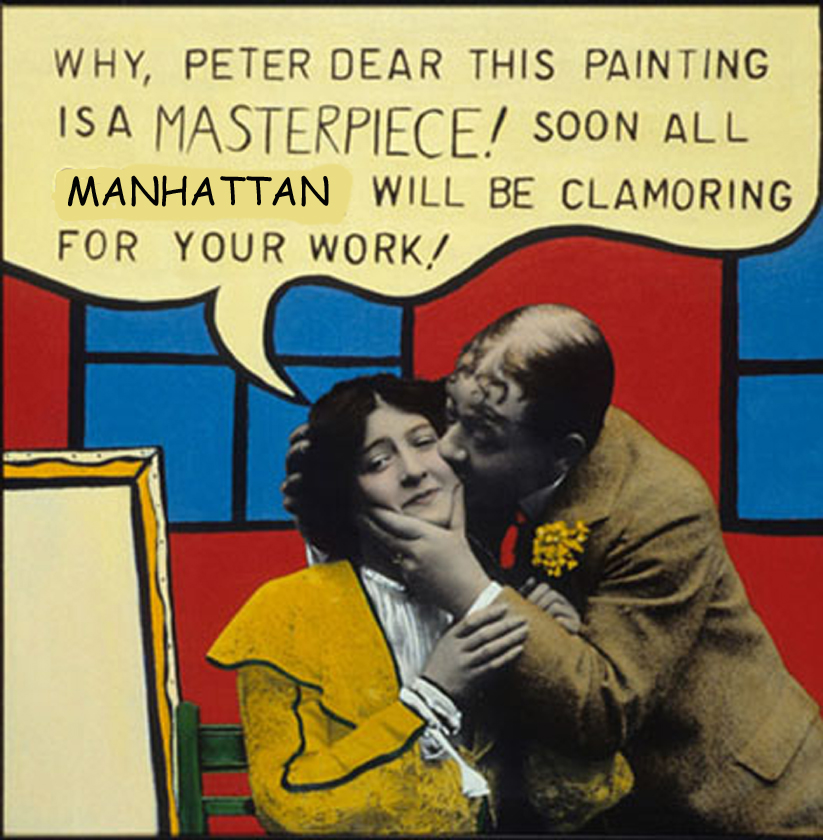 From the New York Times:
"Peter J. Ketchum knows how to get the viewer's
attention. Shown widely around the country, his
pictures commingle colors, people, situations,
commentary and mediums in a manner that is
provocative, funny and to the point. Attempts to
pigeonhole the work as Pop, folk, cartoon, mixed
media, collage, anthropomorphic, or merely strange
tend to fall short of the mark!"

NOTE: July 2016 Artist of the Month at Artists to Watch, including audio interview. Check it here: www.artiststowatch.com

Peter J. Ketchum received a degree in fine arts from Colby College, did additional study at the School for Visual Arts in NYC, and studied filmaking at NYU. He also studied privately with George Baer.

The Brooklyn-based artist’s work is in the permanent collections of the Smithsonian Institute,
The Norfolk History Museum, Colby, and the (late great) Guggenheim Downtown. His work has been shown at The Brooklyn Museum, The Bushnell, The Springfield Museum of Fine Art, The Discovery Museum (2 person show), and the Connecticut Sports Museum.
Five works were included in “35 Artists of North America,” curated by Thomas Krens, the former head of the Guggenheim. The artist has shown in solo and group shows in Boston and NYC, including Exit Art, Lumina, MetroPictures, SOHO 20, HERE,the Williamsburg (Brooklyn) Art Center, ArtWell, Bachelier/Cardonsky and the Charter Oak Cultural Center, TNC Gallery/NYC, and Saatchi on Line.

Ketchum founded and curated the exhibits at Gallery on Dean. He was also the curator  at  TNC Gallery  NY NY.

"Flora Lichtenstein Predicts" above  is in a private museum in Boca Raton with  true Lichtensteins.