Most of my work is about personal and societal attitudes as reflected in the ephemera we generate: found photographs (pre-1950s), ads, menus, postcards, letters, diaries, book covers and matchbooks. Because many of the found visual bits and pieces were mass produced, the broad acceptance of and interest in the ideology inherent in them is underscored. Before "political correctness," society happily perpetuated stereotypes. This is true of materials produced about women, Jews, people of color, Native Americans, fat people, gay people, Arabs, and other minorities--often in the name of humor.
The idea that interests me most is the longevity of intolerance.
In little bits and pieces negative views were approved and bought at the cash register, sent worldwide through the mails, and displayed at home. These popular images shaped some of our current attitudes as a society: ideas about beauty, woman's work, body image, social acceptability, cultural mythology, urban legends, masculinity, sex, measures of success and morality.
My work also explores our perpetuated cultural myths and lies: war as a given, for example. I am interested in our sports, religious, pop culture, military and political leaders and their misadventures with truth and morality. I am interested in moral standards as reflected in our icons and popular imagery.
I wonder if our societal soul is nothing more than a twitter tweet or an Ebay collectible. Will the coke bottle be the fossil index of modern culture, the tabloids our dead sea scrolls and tweets a historian's primary source?
Are the bits and pieces of pop culture true milestones in our trip from here to there, or barriers to a meaningful journey?
I hope not, but fear so. 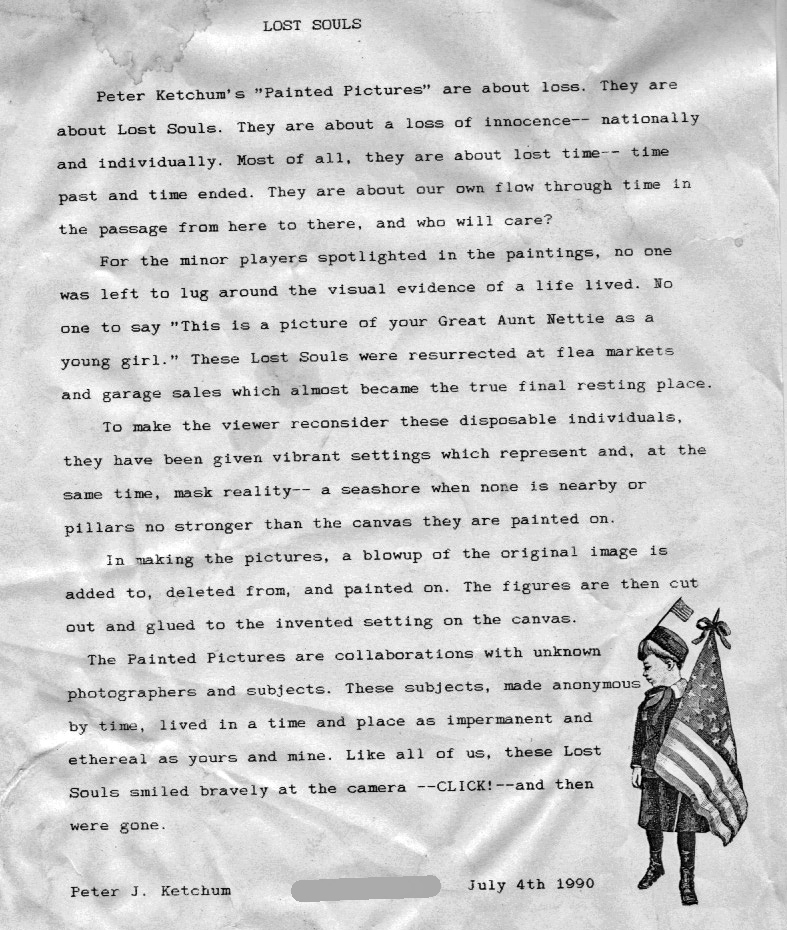